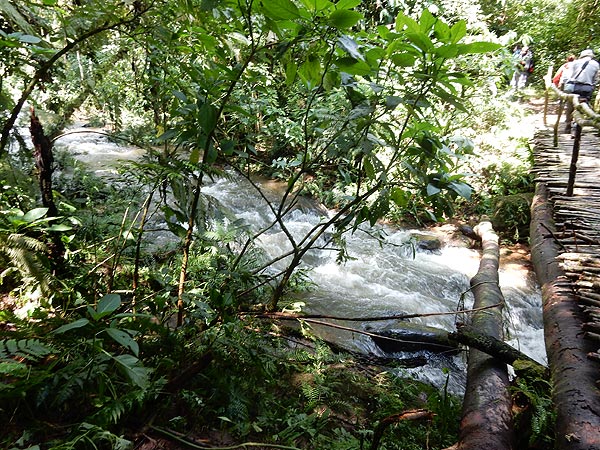 Spending ten days outdoors in the natural environment is a rare treat for me – bringing new sounds, new sights, new pace, a different way of experiencing the air that surrounds us ~ and for sure ~ new awareness and insight into the fundamental interconnectedness of our universe. Being outdoors in the natural environment also brings the absence of some of the sounds, sights and pace that block our awareness of our connection with nature.

Jim and I had the opportunity to take a very short hike with a Ranger at the Ziwa Rhino Sanctuary where we watched – from about 15 feet – a mother rhino and her daughter, in their home, not our zoo. 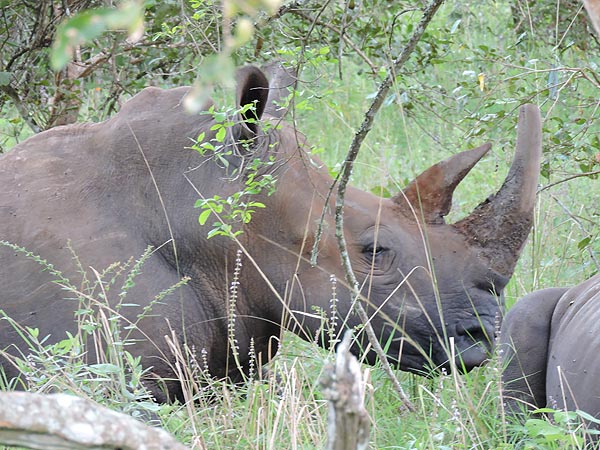 We had the good fortune to have a Safari guide / driver who is a trained teacher. He has worked as a research assistant with a Harvard professor who was studying a specific species of antelope, and has worked in in an animal rescue preserve. Fred has deep understanding of wildlife in his home country, Uganda. He is intelligent, curious, reflective, a system thinker, and has great passion for both the wild life and the human life in Uganda. He described how poaching had decimated the rhino population in Uganda during the political chaos of the twenty year period following Ugandan independence.

“Rhinos can only be reintroduced here because they once lived here,” he explained. “It is the ecosystem in which they can thrive.” The Sanctuary received the first two rhinos (from Kenya) in 2001. Later they received two more rhinos from Kenya. The next two came from Orlando, Florida. The female from Orlando was the first to become pregnant. Her first baby was named Obama. She has since given birth to two more babies. The Sanctuary how has 15 rhinos. They are each followed 24/7 by Park Rangers who are learning what they eat, where they wander and are, in the process, getting them used to humans.

This latter, called habituation, is acclimating certain wild animals in some areas of the park to having humans in their territory, to learning that the humans will not harm them and that they (the animals and the humans) can be in the same area and respect each other. This practice is based on the fundamental principle of the Uganda Wildlife Authority (UWA) that animals should be free to exist in their natural environment without being stressed by human beings.

Briefings preparing us for a trek into chimpanzee territory in Queen Elizabeth National Park and into gorilla territory in Bwindi National Part focused on our responsibility to NOT teach the animals fear. “If a gorilla comes toward you, stand still. Do not run, or yell or make other sudden sounds or movements,” the Rangers instructed us. What I am sure will become a favorite family video reveals Jim’s experience when a gorilla did indeed walk right beside him, more than close enough to reach out and touch! 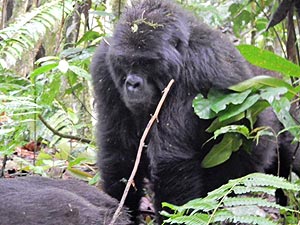 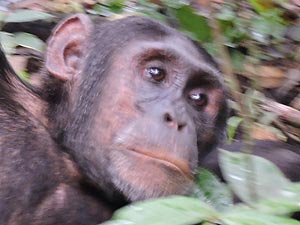 Lessons about connection were not limited to our connection with wildlife. Powerful lessons about connection of the human variety – and about disconnect, as well – were an integral part of our journey. One notable one came about mid-way through our Safari when we were taking a boat ride in the Kazinga channel which connects Lake Albert with Lake Edwards in Queen Elizabeth National Park.

Thoroughly enveloped in the appreciation of life in the systems view of our guide and the Rangers we had encountered – I was shocked when the operator of the small pontoon boat on which we were riding began harassing the hippos and the Cape Buffalo along the coast of the channel. Thinking I surely must be mistaken, I kept quite – for a few minutes. Then I sought out the Ranger on board. “This is not necessary,” I said. “We can enjoy these hippos without coming upon them and forcing them to submerge.” He seemed surprised, but agreed completely and went downstairs to speak with the operator of the boat. Soon, the same thing behavior began again – and the steam began to rise – – – in me. I sought the Ranger again and we had a good conversation. “It does no good to complain,” he said. This time I went to speak to the operator. I received a “This is OK. It doesn’t hurt the hippos. It entertains the tourists. etc. “ The Ranger and I talked more. He shared his passion for the animals and how strongly he believed they should be able to live as they wished without being stressed by human behavior. He also repeated his resignation that nothing could be done to change the situation.

I should say that the humans were indeed being entertained – laughing as the buffalo stumbled up onto the shore and the hippos stirred the mud at the bottom as they abruptly submerged. This disconnect, lack of awareness of the rights of other beings, was a powerful reminder of how much we have yet to learn as a global community, about how to really be in community. 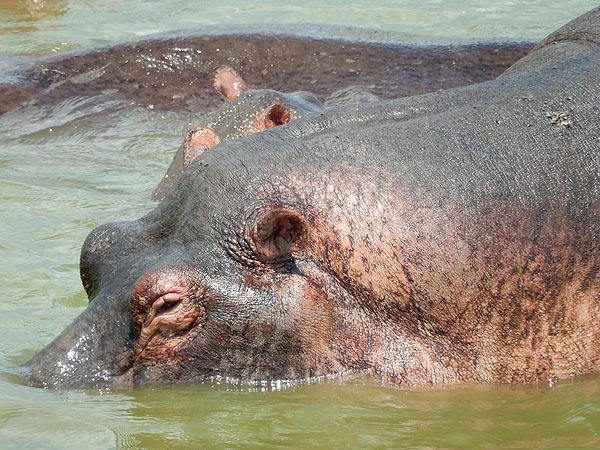 When the boat docked and we disembarked, and other tourists, chattering away, hurried on to their next adventure, the Ranger held my hand quite awhile as he looked into my eyes and expressed his appreciation that I cared. Though brief, this encounter with the Ranger was powerful and affirming of the connection we have across cultures – both human and animal.

When I expressed my anger to our guide, Fred, he was sympathetic, but also pointed out the power of the tourists. “When groups I am guiding want me to drive off track, they are most impatient and demanding,” he commented, “insisting that ‘I paid my money; drive over there’.”

So – what to do. Clearly we bring our perspectives with us when we travel. And, when we are ready, the teachers will be there. In the mean time, with the assistance of our guide and the tour company we chose, I will express my own thoughts to both the Uganda Wildlife Authority and to the management of the private company that manages the boat tour. 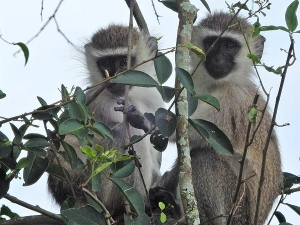 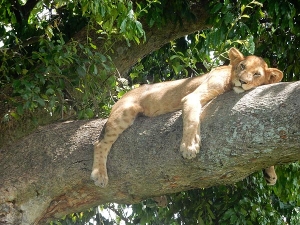 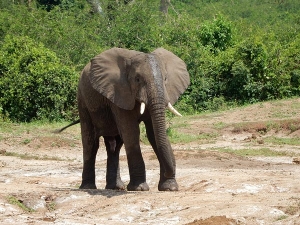