September 2021: The Power of Self-Development of Local Communities

Our story this month is a special treat – We are featuring a woman who does NOT speak English.  To demonstrate our commitment to learning with and from others around the world,  we are thrilled to share this story!  Binta Diao is a popular radio announcer and the  Supervisor of Tostan’s Community Empowerment Program in nine villages in Senegal, in West Africa. 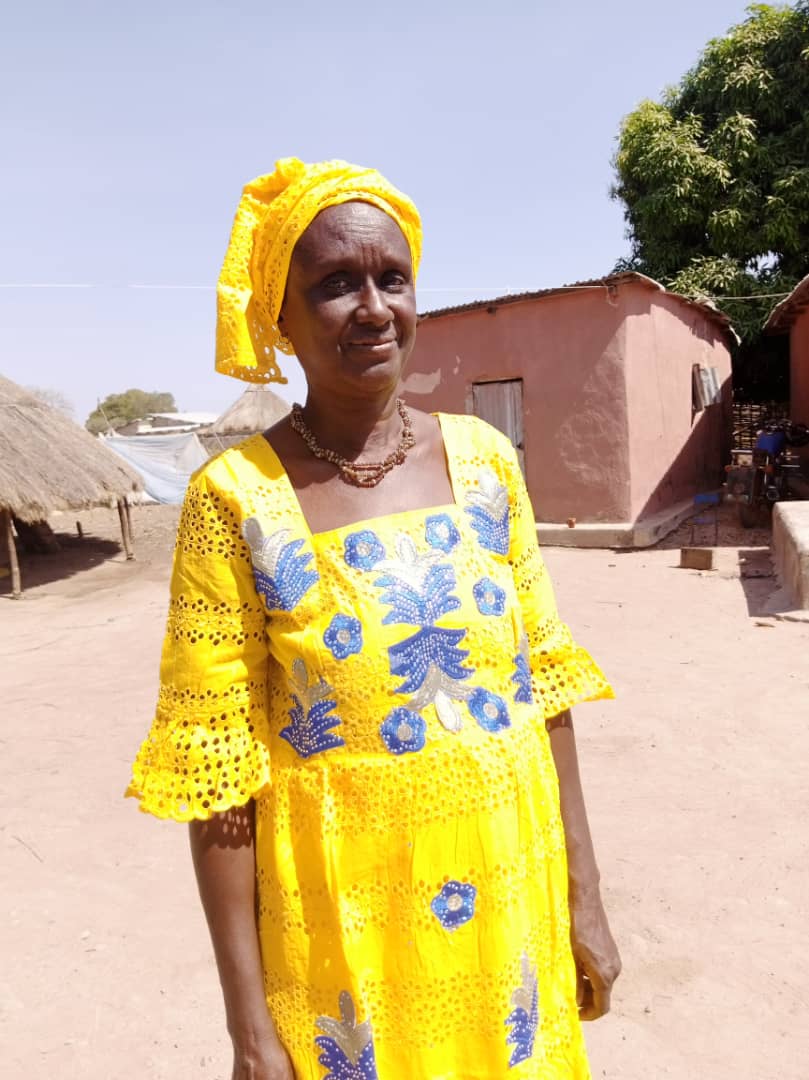 There are three 3 parts to this Story:

1. First, we invite you to listen to Binta speaking in her own language! While you may not understand the words – we are sure you will “get her message.” Her enthusiasm and her passion communicate beautifully! Click here, and imagine you are part of a village eager to hear her story.

3. Then! Read on to get acquainted with this amazing organization Tostan, that nurtures and amplifies the talent of African women like Binta. 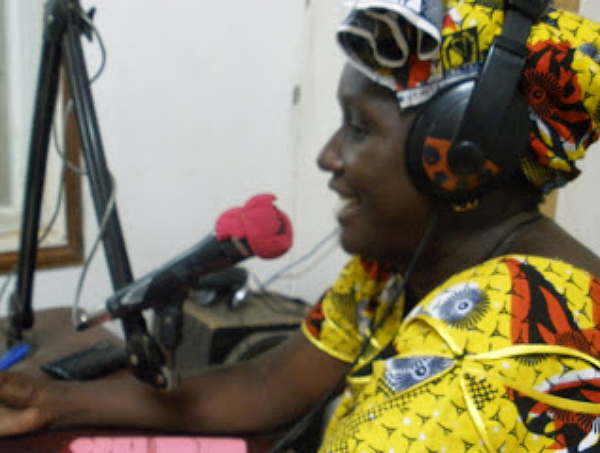 I recently returned from an incredible tour of Senegal, one that took the Volunteer Coordinator, her assistant, and myself to each regional Tostan office. We met with regional staff in six different areas and were given a special look into the community-led events that are driving sustainable development in Tostan villages across the country.

An effective awareness raising initiative led by Tostan supervisors in each region is a kind of communication tool that I, occupying myself with online media, have never used: radio. Aimed at informing populations about important health, hygiene, and human rights issues, Tostan radio broadcasts are delivered in local languages during evening hours when entire families are home to tune in.

During our stay in the town of Kolda in the south of Senegal, I was lucky enough to meet an incredible woman by the name of Binta Diao, a Tostan supervisor in the Kolda region and an experienced radio announcer who has been leading awareness-raising campaigns via her thrice-weekly local radio show for eight years. Her dedication to community empowerment is clear: Binta rides her motorbike 80 kilometers from the Gambian border to conduct her broadcasts. B

Before becoming an announcer and a supervisor, responsible for overseeing Tostan’s Community Empowerment Program (CEP) in nine villages, she worked as a facilitator for seven years, teaching rural villagers about human rights, democracy, and literacy, among other subjects. She was also a participant in the CEP herself when the program was implemented in her native village in the late 1980’s. 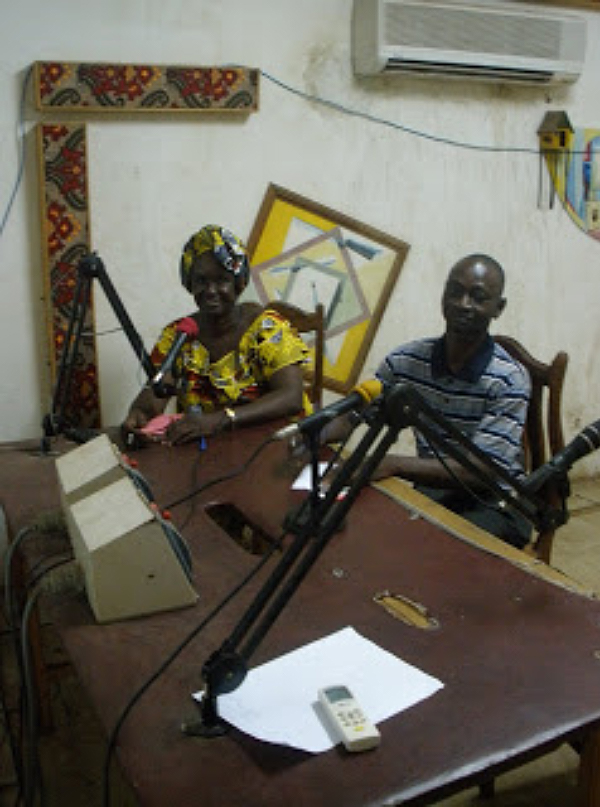 In the studio, I sat between Binta, dressed exquisitely in a bright yellow boubou, and her colleague Djabé Bathily, listening intently as the two spoke about malaria, the theme of the hour-long broadcast. While I couldn’t understand the words Binta spoke in Pulaar, I could clearly hear the passion in her voices as she addressed villagers and community members about malaria symptoms, treatments, and the importance of using mosquito nets. Posing questions to the audience, Binta turned the broadcast into a veritable discussion as over 15 people called in, adding their voices to the conversation. Other topics Binta covers on the air include Tostan activities in the various communities, recent events, and the subject that was her personal favorite as a CEP participant: human rights. Knowledge is a powerful tool, one that is empowering communities to create positive change with the help of dedicated supervisors like Binta, one radio show at a time.

Since the birth of this organization in Senegal 30 years ago by Molly Melching, Tostan has succeeded in encouraging leadership and well-being within communities. Women leaders, like Binta Diao, were not always given the platform to take on such responsibility and be that agent of change. It is with the encouragement and learning coming from Tostan’s human rights-based approach, that this change is becoming more apparent, especially in West African society. 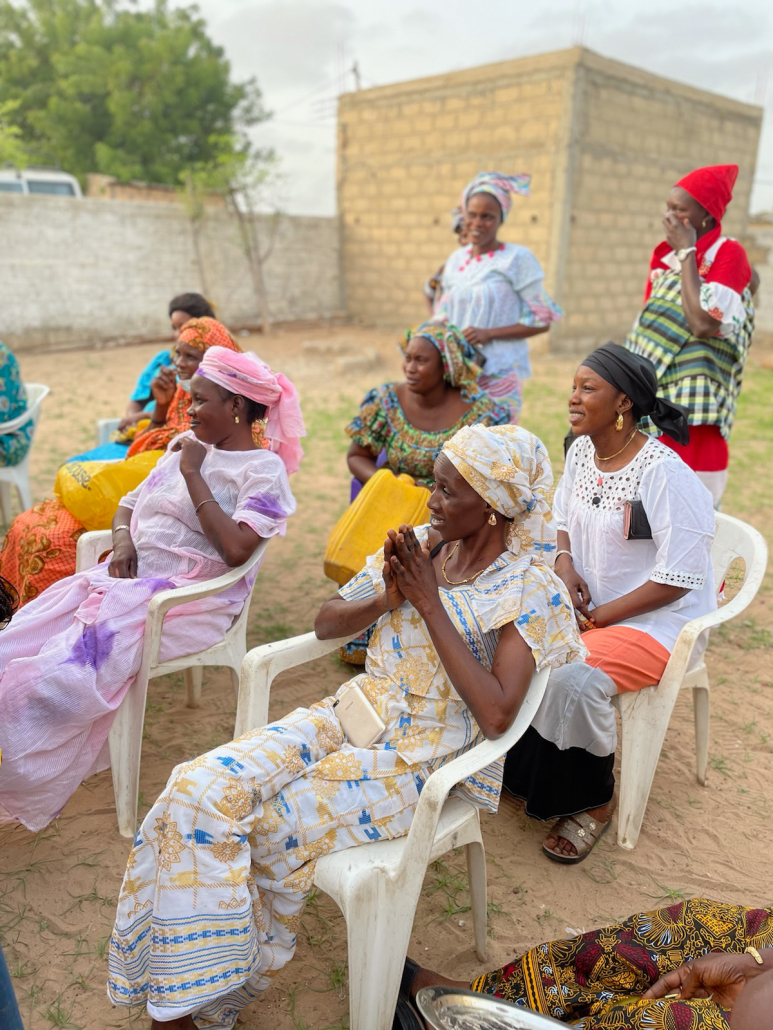 In her work with Tostan, Binta Daio became a popular radio announcer in the Kolda region, amplifying her role as facilitator and later supervisor for Tostan’s Community Empowerment Programs (CEP) in the region. Binta’s voice is powerful, representing the people of Kolda, discussing matters pertaining to human rights, and showing them the importance of education. Her experience resonates with many woman—young and old—who see a different future for their families. Through her work and voice, she has led many people of the Kolda region and beyond to envision everything they are capable of and to pursue these goals by working together. 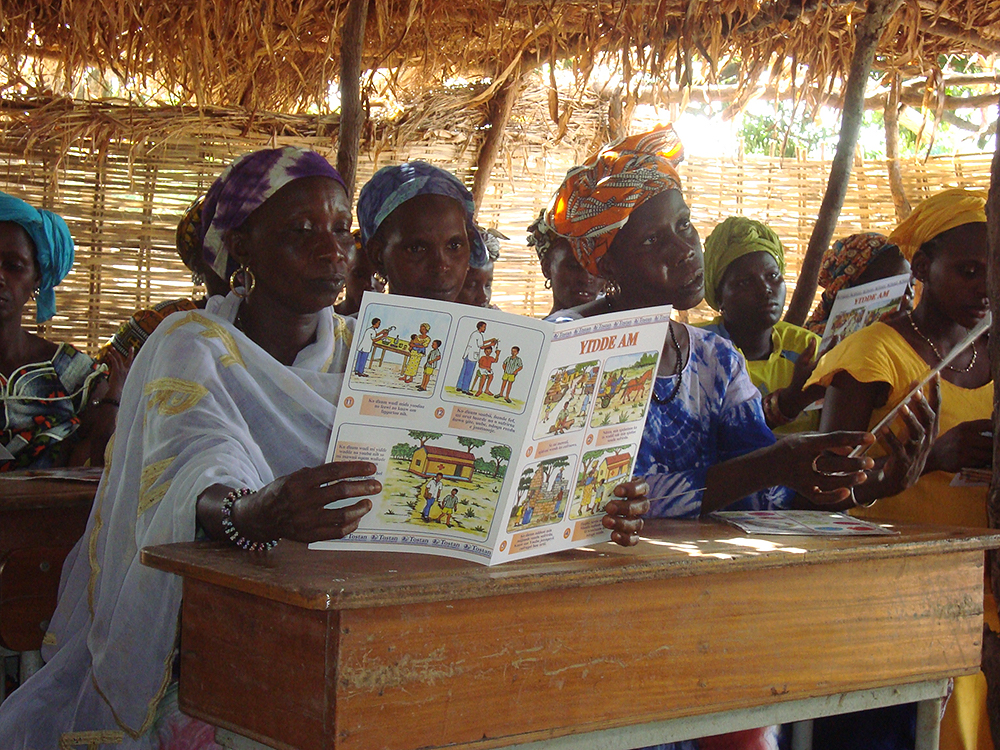 As we continue our thinking about what it means to be part of a global community, Tostan’s philosophy and programs, and leaders like Binta, provide a compelling vision and example for us.  Binta’s leadership has encouraged community members to contribute their ideas and their talents, which have enriched the whole community.  These communities reveal the power of engaging differences to create a stronger, thriving whole!

RETURN TO THE STORY
Scroll to top