September 2015: We are Engaged in a Revolution!!

Think about that! ! !  Alene Moris  ~  an amazing woman leader, who founded the Women’s Center at the University of Washington in the United States, founded and directed the Individual Development Center (a career counseling center for women and men) in Seattle, and has worked creatively and tirelessly for over 35 years, both nationally and internationally, on behalf of women  ~  powerfully articulates this reality. 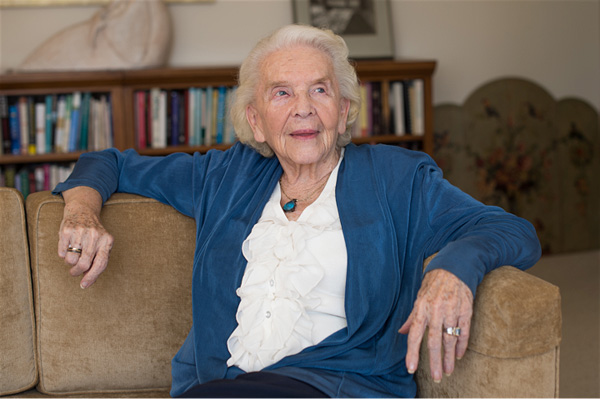 “We are engaged in a revolution,” she declares!

Alene goes on to explain, “It’s not that women are more virtuous than men.  It is that they have a different view of reality.  They have a wisdom, that is essential if we are to survive, let along thrive.”

“Men need to launch their own revolution,” she continues.  Men need to redefine masculinity, to overthrow the outdated ‘macho’ identification that only leads to violence.”

“I vividly remember when I became a feminist,” Alene reflects.  I was head of a school for boys in English North Borneo in the late 1960s.  This school was like the Community Colleges in the US, and if the boys who were fortunate enough to attend this school could pass the very challenging exams, they were assured of acceptance in any British University, anywhere in the world.   They studied diligently.  When they queried me about why the US was at war in Vietnam, in Southeast Asia, I realized I had no answer for them.  “I requested the Far Eastern Studies Department at Yale to send me three books that would help me understand why the US was in Vietnam.  I read those three books in one weekend – and I realized that there were no women involved in any of the deliberations or decisions that involved the US in a war in Vietnam.  I experienced a keen spiritual awakening as I realized that women leaders were absolutely essential if we were ever to have a peaceful world.”

“It’s a very exciting time for women to be alive!” Alene exclaims.  It is exciting because women are increasingly becoming aware of their value and their power.  Citing a science professor at Radcliffe University, she shares this wisdom,  “Power comes to those who know, and who know they know.”  Women are becoming aware that the way they understand reality is not only important; it is vital!  Women are stepping into their power as they become aware that their wisdom is essential.  The reality they see – a reality of connection, of interdependence, of collaboration across all kinds of boundaries – is the perspective that is required in our world today.

Fully aware of her own power, Alene continues to connect, to collaborate, to help other women become aware of their own power.  Currently she is engaged with a group of women in Seattle who are bringing a play to Town Hall in March.  The play, Seven, conceived and created by Vital Voices conveys the stories of seven women, from seven different countries,  each of whom risked her life on behalf of women.

The play is scheduled for March 6.  Those of you in the Puget Sound Region of the US  will want to make a point to be there.  With true feminine energy, women representatives of many diverse women’s groups in Seattle are invited to participate in bringing the play to Seattle and in spreading the word about it to all Seattle area women.

March 8 is International Women’s Day, celebrated all around the Globe.  These celebrations mark the power of the revolution in which we are all engaged.

Blessings to Alene for her vision, courage, and strength!

She is an inspiration and a role model for women around the globe!