When news of the Haiti earthquake reached Jennifer, she was devastated.  She is a Mom.  She and her husband and their five children live in Washington state in the U.S.  They adopted their youngest, Jeremiah, over a year and a half ago from Haiti.  They’ve been to Haiti.  They know the poverty and unbelievable living conditions that existed before the damage of the earthquake.  Exhausted from two days of crying while watching TV coverage of the effects of the earthquake, and feeling powerless to help, Jennifer was ecstatic when she and two friends came up with the idea of having a bake sale.  “I can’t tell you how nice it felt to actually do something personally!!!”

So the three women did what women have done for thousands of years; they baked bread.  They baked 21 loaves of banana bread, to be exact, and made over $200 for Haiti walking around their neighborhood selling the bread.  Their excitement from the overwhelmingly positive response they had experienced prompted a greater idea – a neighborhood Bake Sale in Jennifer’s garage the next weekend.

So the call went out:

What we need: A few Volunteers, BAKED ITEMS packaged and ready to sell. We are not picky… you decide how you want to divide the item up. It could be baked pies, cookies, brownies, etc. Whatever… be creative. If you want to sell them individually or as a whole it is up to you, but please have them packaged and ready to sell. I will be accepting items on Thursday and Friday; 1/21 and 1/22… just drop them off.  I will be here all day!!!

Through personal contact and phone calls, email, Twitter, and Facebook, the word spread.  “I don’t Twitter,” Jennifer said, “but I have friends who do.  And, I had no hesitation in approaching bakeries, grocery stores, schools, senior centers and churches to request donations.”  And, as usually happens, while Jennifer pursued this vision because it seemed the right thing to do, it provided for many others an opportunity to participate and to contribute.  It became a community effort.  Strangers showed up at her door with baked goods to donate.  It was a chance to get involved personally in response to a disaster that happened thousands of miles away, impacting people they had never met, but who are fellow members of our global community.

By the evening of January 23rd over $7,000 had been raised for Haiti relief, with enough goodies for the Bake Sale to continue the next day.  By then, the Foundation at the clinic where Jennifer works part time, had offered to match any funds raised, up to $25,000.  So Bake Sales continued, including one at the clinic where another $2,500 was raised.  And money donations continued to come in.

From the Bake Sales, donations from doctors and staff, teachers, vacationers at the nearby Campground, neighbors and friends, and the clinic Foundation, Jennifer’s compassion for the people in Haiti turned a few loaves of Banana Bread into $75,000 for Haiti relief.

Leadership lessons abound – for all of us – as we think about Jennifer’s story.

Jennifer’s story reflects the dynamic nature of leadership that is so needed in our world.  While there is certainly a need for strategic planning and cost/benefit analysis in some situations, this mind set can prevent the very leadership that is needed in most situations.  What Jennifer’s story reveals is the ability to really “see” a need, to open one’s self to the reality of a situation.  This is what taps our passion, sparks our creativity, and sustains our courage and tenacity.  This openness, not only prompts our initiative, it also keeps us “tuned in” to what is emerging and enables us to respond quickly and resourcefully as the situation unfolds.  When the first 21 loaves of Banana Bread generated such positive contributions, Jennifer and her friends quickly realized they could create a bigger opportunity, and moved to do just that.  When others wanted to become involved, they were welcomed, and their contributions became part of the synergy as new possibilities emerged.  When some individuals indicated they did not want to contribute to the agency that had been initially chosen, several agencies were identified so that donors could designate where they wanted their contributions to go.  “When you keep focused on your purpose,” Jennifer commented, “the job gets done.  There are so many ways!”

Her story also illustrates the power of one person.  Her unique situation – her connection with Haiti, her personal network of family and friends, her commitment to the greater good – because she acted on it, blossomed and became a vehicle for many others to participate in contributing to the people in Haiti as they dealt with this disaster.

And, with every act of leadership, we empower ourselves.  “Now I wonder what I can do next!” 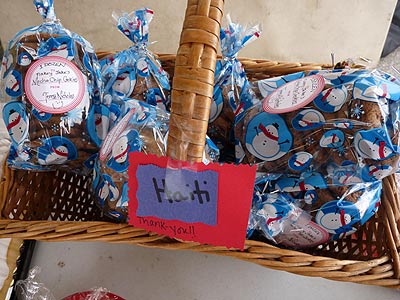 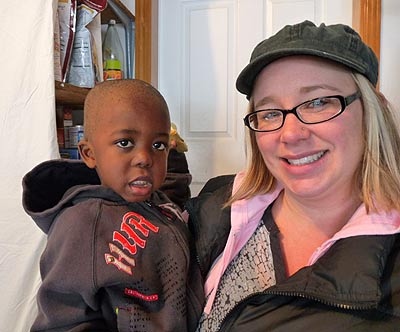 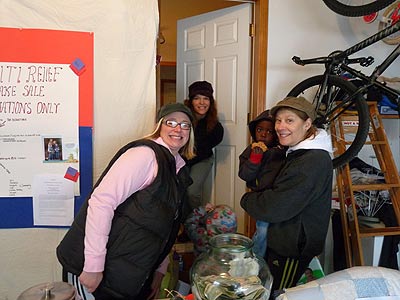 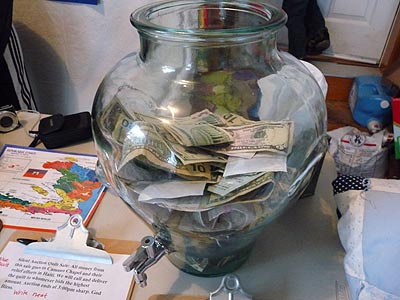 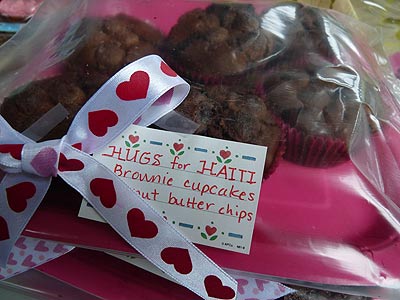